Oh the virtues of the croquette.

I absolutely love them.

Croquettes were a staple menu item when I was a child. I grew up eating mackerel croquettes – probably because salmon was a bit pricey. Mom often made them for Sunday breakfast before church and she served them with buttered white rice.  That is a memory I will never forget.

While most of the time mom made croquettes from canned mackerel, I learned that they could be made of anything from minced meat, rice, potatoes and vegetables. Mom would pan fry her croquettes in a little Crisco shortening or lard. Perhaps that’s the reason they tasted so good.

When I look back,  my fondest food memory is perching myself beside the stove top and anxiously waiting until Mom scooped a croquette out of her well-seasoned cast iron skillet with a dinner fork. Once she placed the tester on a paper towel to drain, I would barely let it cool before picking it up because I wanted to devour it before my siblings came into the kitchen. That first, hot, tasty bite was moist on the inside and crunchy on the outside. And for me, it was the perfect prelude to what was to come.

Late last year, you saw me make chicken croquettes on the Food Network show, Clash of the Grandma’s. And by the way, that recipe is featured in my latest cookbook.

The response from the viewers was amazing. A fried, crunchy, bite-size croquette made with chicken and vegetables made viewers drool. What viewers didn’t know at the time  was those croquettes were a composite of my childhood and family history. That’s why making them looked so effortless, and they were.

As a nod to my mom, my southern sensibilities and my love of croquettes, I developed a special croquette recipe that includes two of my favorite ingredients: collard greens and sweet potatoes. Just because it’s a vegan’s delight, completely dairy free doesn’t mean it isn’t packed with flavor and sheer satisfaction.

Carnivore, pescatarian, vegetarian or vegan? It doesn’t matter. This croquette is for you.

For this recipe, creamed corn and coconut flour are the perfect ingredients to bind it all together. The use of fresh tarragon enhances the warmth of the collard greens and Jersey sweet potato. This recipe is a tasty departure from traditional salmon, chicken or potato croquettes.  I call it “SoCali” to pay homage to my native Southern California roots and my Alabama family heritage. And one more thing –  these golden brown little beauties could be the talk of your next soirée.

Thanks to the great folks at Cut’N Clean Greens for providing the collard greens to make this recipe. I’ve said enough. The recipe is below. And as always in parting, cook fearlessly and eat well my foodie friends.

A delicious vegan and dairy free croquette made with collard greens and Jersey sweet potatoes.

If you use an electric deep fryer, follow the manufacturer’s instructions on how much oil to use. If using a sauce pan or small Dutch oven (as featured in this method) fill pan halfway with oil.

TIP: Make sure to remove stems from Cut’N Clean Greens before cooking.

Baked Jersey Sweet potato, scooped out and ready for use.

Fresh tarragon and grated carrots are added to the greens mixture.

Now you can get my family recipe for those amazing chicken croquettes you saw me make on the Food Network Show “Clash of the Grandmas.” They are golden brown and crispy on the outside; they are moist and delicious on the inside.

So many have asked for the recipe, now you can get it  inside my new recipe book Collard Greens and Caviar eRecipe Pop up Book, which features my most closely held and coveted recipes teased on my social media sites. The recipe book is now available on Amazon.com in Kindle download and paperback.

What else will you get? Recipes for my  Tarragon Panko Coating Mix, and  my Sweet Potato Bread Pudding with Praline Topping. As a bonus, I’ve include a section called “Pantry Basics 101” to  help you stay stocked and ready to magic in your own kitchen.

Enjoy the video below and see my inspiration for making the chicken croquettes on the show. 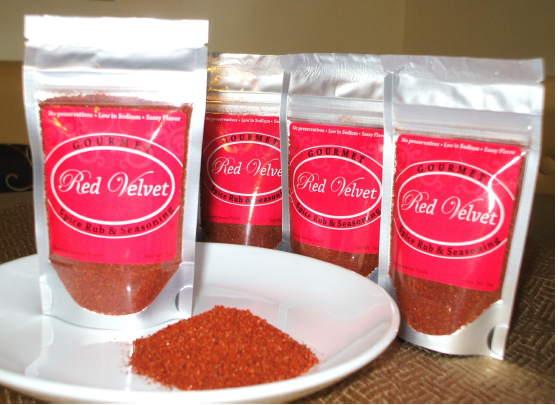