Everyone has a food story.

While we don’t get many opportunities to share or tell our foods stories, we share it with every meal we make and serve.

Tené Harris, culinary artist and owner of Sweet Beginnings Desserts, is telling her story in an amazing exhibit at the William Grant Still Art Center in Los Angeles. This exhibit – open thru November 21, 2015 – tells her culinary story with photographs, letters, recipes and video of her great great grandparents, great great aunt, and much more.

“I am a story teller and have always had a deep interest in my family genealogy, said Tené. “There are a lot of amazing women in my family that influenced my passion for cooking. This exhibit personifies my family connection to Sweet Beginnings. 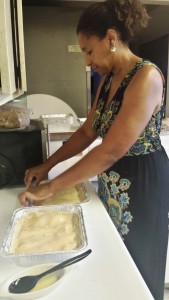 That connection is reflected in her repertoire of delectable desserts and other dishes inspired by the women in her life from her mother whom she watched prepare daily meals as a child growing up in Michigan, to her grandmother in Texas from spending time in her kitchen during the summer months. When she moved to California as a young woman, she even gleaned some inspiration from her father’s wife who was Panamanian. The range and quality of her dessert offerings, along with the timely passage of California’s Cottage Industry legislation AB-1616 are just a few reasons why Sweet Beginnings has quickly become a treasured favorite among the locals.

Happiness is homemade and a home run

Tené’s cupcakes, pies, cookies, short breads, dessert bars, granola and cakes are all homemade using fresh, premium, local ingredients. Her artistry and creativity in baking is the signature of her unique epicurean style. So it stands to reason that her Velvet Dip Red Velvet Cupcakes are finished with a dark chocolate ganache. Her Ambrosia Macaroons were the 2011 Los Angeles Times Award Winning cookie recipe. Her Walnut-Nutmeg Granola is uncommonly good. And her White Chocolate Cake with Toasted Coconut and Pecans is simply transcendent.

“The inspiration for my White Chocolate Cake came from my grandmother, and she was quite renowned for making it,” explained Tené. “It definitely was her signature cake and today it is mine.”

For Tené Sweet Beginnings not only celebrates her culinary roots, it is a new beginning – literally. After 30 years of working in public television, she was laid off in 2013 from her position as Director of on-air promotions.

In the back of her mind she always believed she would turn her part time passion for baking and cooking into a full time endeavor when she retired. After all, her small business known then as Tené’s Creations had developed a pretty consistent customer base that was growing. But the sudden loss of her job derailed her retirement plans and she was devastated.

“There are times in life where you have to choose to get back up when you’ve been knocked down. No one can do it for you. It’s a choice you have to make,” Tené said.

Tené weighed all the hard options and considered all the choices before her. The sobering fact was that reentering the marketplace at this stage in her career meant performing the same level of work at a considerable pay cut. With this realization she concluded, “It’s time to invest in Tené. If I am really going to launch a full time business I’d better do it while I am still young enough to work hard at it.”

Today her business is enjoying much of success she has always envisioned. She’s even spread her culinary wings after being asked repeatedly to cater small events. Now her repertoire includes a menu of soul-satisfying main dishes in addition to her tasty baked goods.

Life is pretty sweet for Tené right now and an opportunity has emerged which has made it a little sweeter. She is producing and hosting a new PBS show called “LA Makes.” The show pares women who are small business owners and entrepreneurs with mentors in a “day in the life” inside look at mentorship. It’s the perfect confluence of her production and entrepreneurial skills.

“The  show gives exposure to a lot of small business owners in the nooks and crannies of Los Angeles,” said Tené. “I hope to inspire people who might be thinking about small business and entrepreneurship.”

This is just the beginning for Sweet Beginnings. Tené dreams of one day opening a store front that would be a community destination spot for dining, having meetings and taking cooking classes. We will stay tuned for that.

Tené is pleased to share her prized 2011 Los Angeles Times Awarding Winning cookie recipe with you. She says this recipe reminds her of her dad and great Southern traditions. With the holiday season coming up, it’s a perfect recipe.

Make sure you follow Sweet Beginnings on Facebook/1SweetBeginning and visit Sweet-Beginnings.com  to see all the culinary delights Tené has to offer.

1. Heat the oven to 325 degrees and position a rack in the center of the oven. Line 3 large, rimmed baking sheets with parchment.

2. In the bowl of a stand mixer using a paddle attachment, or in a large bowl using a hand mixer, beat the butter until smooth. Add the sugar and salt and beat until well-blended. Beat in the grated orange peel, then the eggs, one at a time. Gently fold in the coconut.

3. Drop the batter by the tablespoonful onto the prepared baking sheets, spacing each macaroon 1½ inches apart. Bake until golden on the bottom and browned in spots, 25 to 30 minutes. Cool completely on the sheets.

4. Using a fork, drizzle the melted chocolate over the cooled macaroons. Chill, still on the sheets, until the chocolate is firm, about 30 minutes. 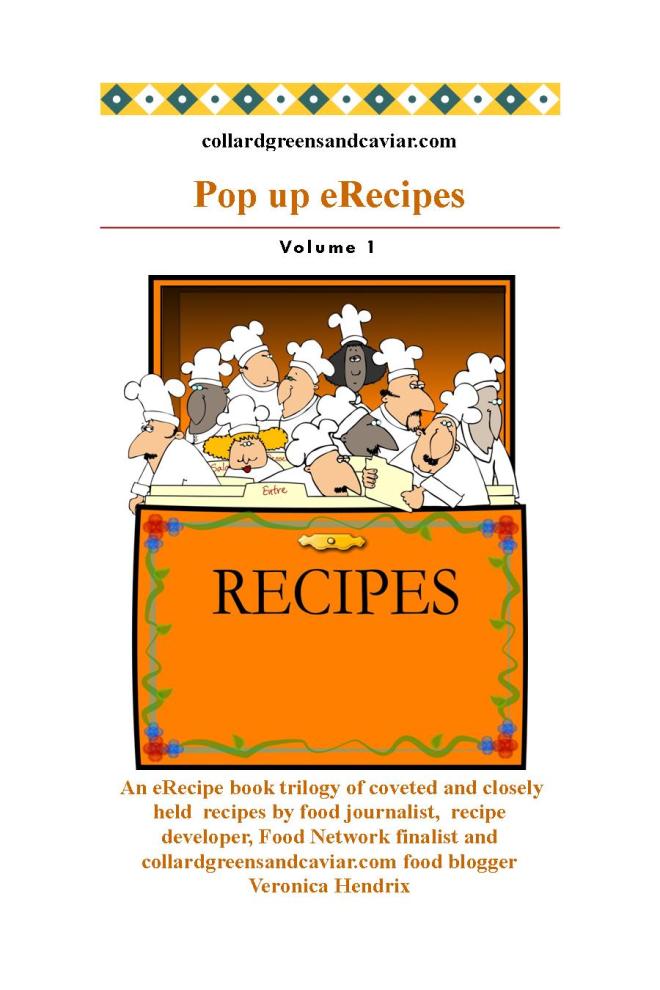